Mike Lester is a typical red-blooded cartoonist. “Like most people (who are honest), I used to subscribe to The New Yorker for the cartoons, not the articles,” he says. “Same for Playboy. (Centerfold, schmenterfold, give me George Booth or Gahan Wilson any day.)”

But the genesis of Lester’s comic-strip-creating adventure was not so typical. One day he got a call from Ezra Palmer at WSJ.com asking if he could do business gags and animate them. “I could not,” he explains, “so I said ‘Of course I can,’ and then started reading The Wall Street Journal and learning basic animation.” He named the animations Mike du Jour.

Mike du Jour is, according to Lester, the rare triple entendre: the main character’s name, the artist’s own name and an honest description of the strip. “Like the freedom of a chef designing a menu every day based on what’s fresh, MDJ is whatever fresh idea I can cook up,” he says. 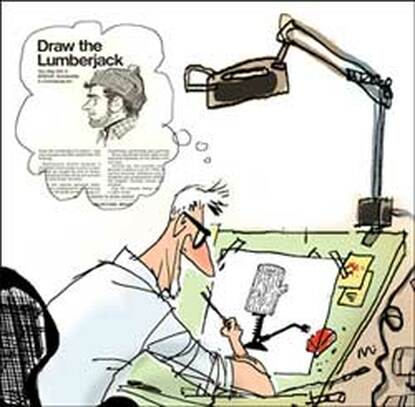 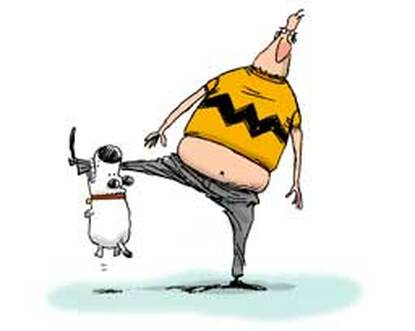 Mike (the character) is an autobiographical composite. He’s “a combination of Walter Mitty, Buster Keaton and moi.

He’s single, a bit of a loner and a situational counterpuncher, heavyweight division,” Lester adds.

Mike works in a generic office environment known as Big Bottom Line Inc., and since he and his co-workers don’t have enough problems, they invent them. “Office work is boring,” says Lester, “or so they tell me.”
​
While Mike has a boss and a couple of friends to round out the cast, his leading lady is a basset-hound mix with self-esteem issues named Minnie.

Lester describes her as “not just Mike’s dog—she controls the remote. That says a lot. Her retractable leash actually reels in Mike. Not the other way round.

Minnie is the canine incarnation of every strong, kind, loving and whimsical woman I’ve ever known. No reason to think Minnie would be any different.”
​
Mike Lester is also an award-winning editorial cartoonist (syndicated by the Washington Post Writers Group) and commercial artist. He authored and illustrated “A is for Salad,” a New York Times best-seller. 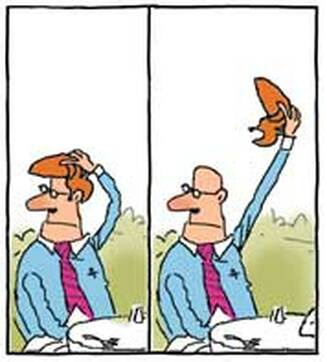